Our life in (smartphone) pictures weeks 23-26

I have decided to stop calling these posts "our week in (smartphone) pictures" since posting this way once a week just doesn't happen.  Instead it is now titled "our life in (smartphone) pictures," which is basically me photo-dumping the pictures that highlight the little and big moments whenever I get around to it. Here is a look at the last month or so at our house:

A fun Friday afternoon at the park. This is one of my favorite pictures ever. I only wish I had brought my real camera. But the joy on Bug's face... love it! 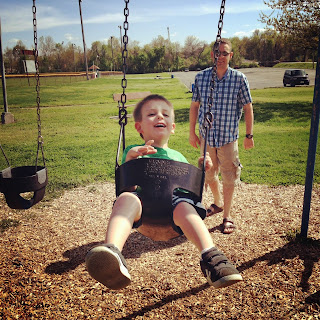 A couple of times a month we get to do a gymnastics class with our co-op. It is geared towards children with a variety of special needs. This is Bugaboo's determined face last month. We went again today, and he had so much fun. He even let the coach roll him, which is one of our OT and PT goals. Today's class kicked MY butt as I was running and lifting and assisting Bug. Bubby got put in the big kid group today and was assisted trying out the rings for the first time. I wish I would have been able to get a shot of that. 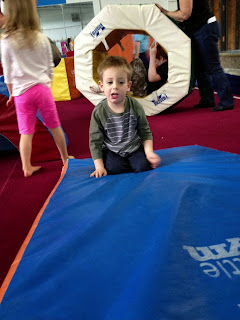 Bug has graduated to a big boy carseat in one of our vehicles. We were seeing if it would work before we moved him up in both cars. It is working, so we will completely transition him soon. 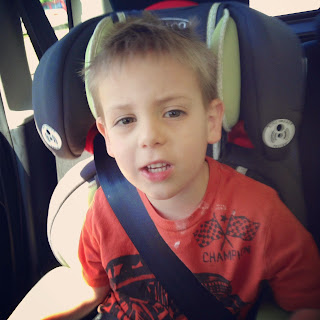 Bubby's newest thing to do is to "create" multiple paper projects out of notebook paper, glue or tape, scissors, and sometimes a pen or marker. He has made pirate ship projects taped up all around his bed (sail, mast, crow's nest, cannon) and some other projects I cannot remember but find all over the house.  So far no hair has been cut. 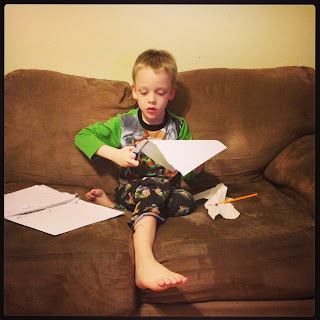 A local church does a spring soccer league. This is our second year participating, and we love it. Great coaches. Bubby learned a lot and really improved this season. He wasn't quite as timid going after the ball, and his coordination is improving. This is the first season he has scored some goals, and I think he started really understanding the sport - as much as a five year old will! 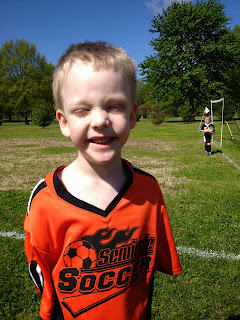 Recently while playing in the backyard, Bug became interested in Bubby's old whiffle ball set. He even let me hold his hands to assist him hitting the ball over and over again. Since he HATES to have his hands touched like that, this was a huge gain. 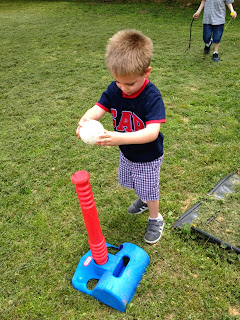 Bubby had a procedure on his ear to fix damage left by a tube. He was quite nervous about it as he is now old enough to understand some things. The coloring book the doctor's office gave him which was meant to be a comfort actually freaked him out because this boy asks a lot of questions. But he survived, and he now tells everyone how brave he was. 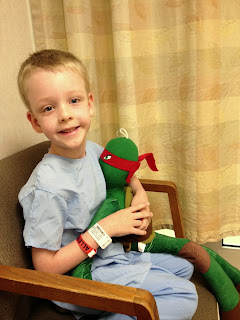 Kindergarten ended the same way it began. With a fancy muffin from a local coffee place. I still can't believe he is done with kindergarten. His reading really took off this year, and we had fun once I figured out what was actually important for kindergarten. (Love learning, read good books together, play outside, have lots of art supplies to create things.) 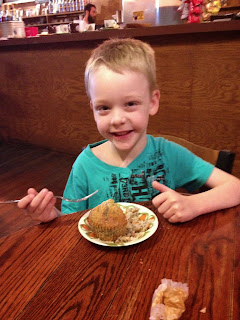 Bug gets to have three months of pool therapy for OT. We love our OT, so we were thrilled when a spot opened up.  Bug loved week one but he wasn't as into it for week two, so please pray that the next several sessions go well. 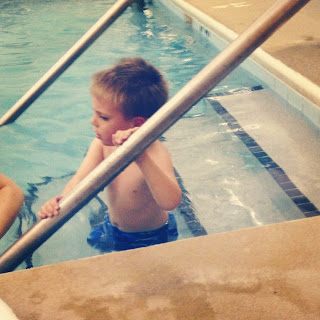 I took Bubby on a mommy-son date to go see a local production of middle schoolers and high schoolers performing Fiddler. I am still singing the songs, of course. 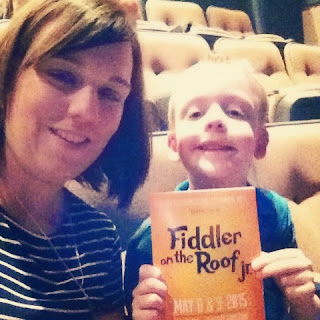