This week in (smartphone) pictures - week 2

This week brought sickness for most of our household - Bugaboo being hit the hardest, me running a close second.

Bubby drew this picture. He told us, "I drew a BassPro ad. There are three boots and three guns for 31 cents. And there's a fish under the sign because it's BassPro." I find this amusing because we are not an outdoorsy family, but Bubby seems to love BassPro. The Hubs asked about the three boots, asking how that would work since people have two feet. Bubby's response: "Oh, there can be six boots." Apparently the MathUSee curriculum is already paying off. 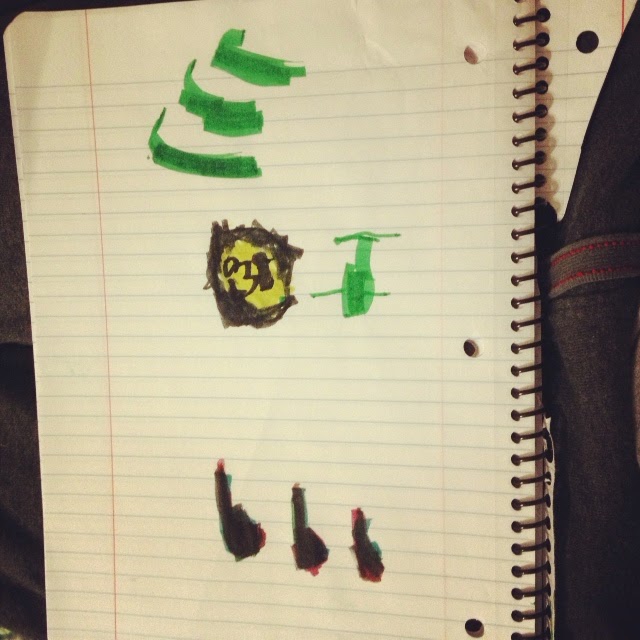 On Saturday we had a dusting of snow. It lasted less than five minutes, and I don't even think what fell from the sky were even flakes. But my boys wanted out in the first snow, so we dashed out in our pajamas (and then I had the wisdom to put coats on them) for a few minutes.

Today we did get a little bit more snow - not much - but enough to delight these two. Bug actually enjoyed the snow more than he has in previous years. I stayed out with him for fifteen minutes before he wanted to come inside. 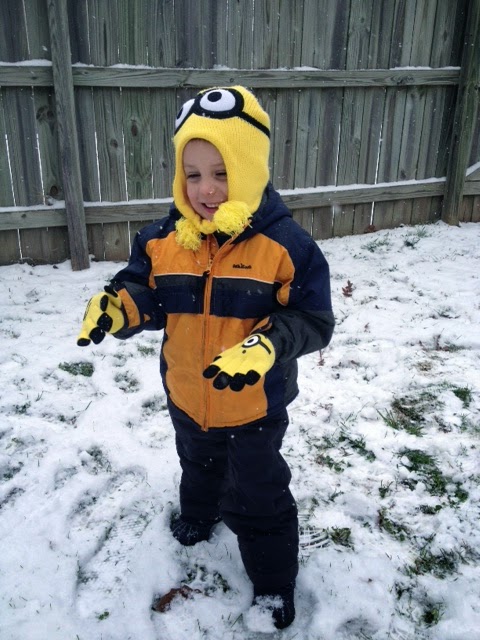 Bubby is completely opposite of his heat-loving-snow-hating-parents. He went out twice today for a pretty long time, happy to have the dog to chase around when The Hubs and I wimped out and watched from the sliding glass door. (To my credit, I did "play" out there for a little bit. I'll do better when there is actually enough snow to justify being in the cold.) 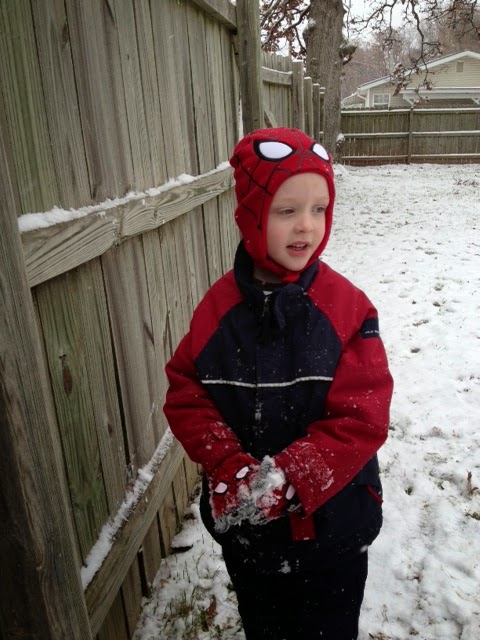 Back inside with his favorite pastime, here's Bugaboo getting all of the books he can find and sitting down to look through them. Usually it is all of the picture books in his room, but today he picked library books, a cookbook, and a hymnal in addition to his favorites to bring to the couch.  A warm and cozy Sunday at our house! 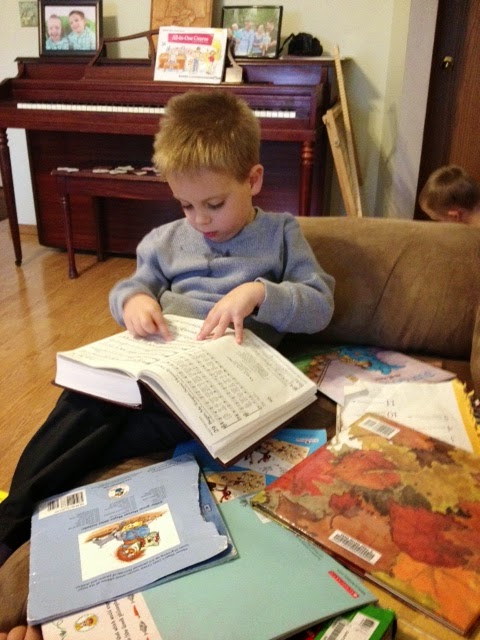