The latest news with Bugaboo really isn't any helpful news.  He had a different evaluation this September, which apparently was just a cognitive assessment. We had a phone appointment about the results yesterday, which were not very helpful.  In a few months we will most likely be seeking a different opinion. We really thought we would be getting a certain answer this week - a hard answer, but a certain answer. Instead we were told" to wait and see" some more on the questions and diagnosis I thought we would be getting because the clinician didn't want to go against what a team thought last year. (I was under the impression this evaluation was to further clarify some things from last year - to see what had changed, what had improved, and what had regressed, but apparently it was not.)

The hardest part for me about the phone call was being told "developmental age" numbers by someone who spent about an hour with my son.  The areas she said were his "strongest" are what we see at home, at church, and in therapy as his weakest. She explained some of the ways they assessed him, and I thought, "Of course he can't do that because he can't use his hands very well!" The numbers we were given pretty much were telling me he has gained very little in a year, and I disagree with that. People who see him regularly disagree with that. People who see him only every few months disagree with that. Yes, he is behind. Yes he is very different than his peers - no one knows that as well as I do. I see it every day, every playdate, every time I drop him off in Sunday school. But the numbers they gave me seemed to scream at me, "No progress!"

Sometimes I feel like I keep coming to dead ends in trying to get the best help and support and services for my son. He has developmental delays. He has mild cerebral palsy. He has various quirks and struggles that make him different from his peers. And this week I feel like I received the most ridiculous answer - a non-answer. 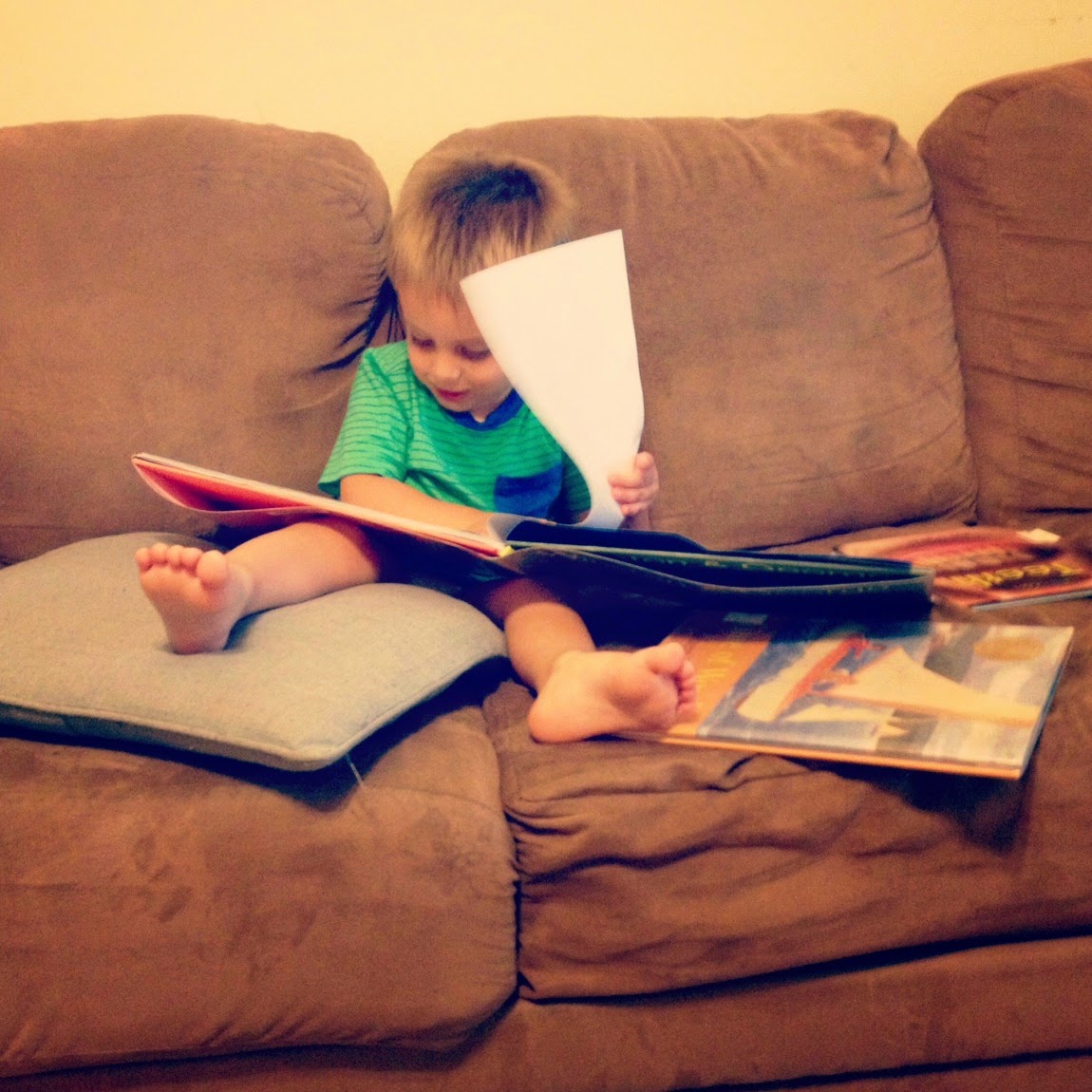 I am obviously frustrated, but now I am also gaining a new sense of motivation. During these next several weeks  I'll be trying new things and revisiting old things. I'm investigating a different speech therapist, who unfortunately does not take insurance, but I hear he is fantastic. We need fantastic.

I'm trying to decide what to do about preschool. Honestly, I feel like it is a wasted six hours of Bug's week overall. He has come home with three worksheets (color sheets) and a handprint craft in almost two months of school. That's it. That to me is not acceptable for a preschool program for kids with special needs.

I'm tired of assembly line thinking. I'm tired of struggling with the lie that my child has to fit in the box. I want to think outside of the box. I want him to meet his potential. I want his mind and his words to be unlocked. I just need to find the right keys.
Posted by Amanda MacB at 10:31 PM