They are definitely my children

Sometimes I don't want to write. Sometimes I just want to share some pictures of my boys. But don't let their sweet faces fool you. 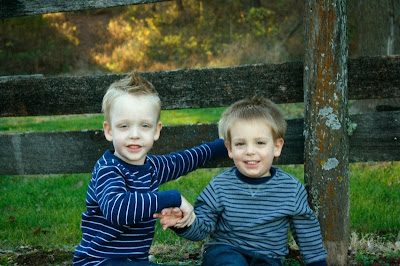 The youngest had me climbing all around the big-kids' playground this weekend. He was eager, but he is very limited on what he can do. I was less eager and almost as limited in what I could help him do. Therefore, though I know it is good for his gross motor skills, it is worse for my fear of both of us falling. We moved over to the smaller kids' playground. (Okay, he still is pretty sweet these days.) 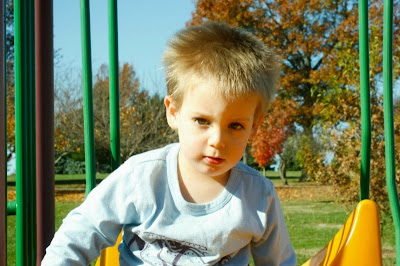 The oldest got mad at me during some semi-fun errands today. As I escorted him out without making our purchase he told me, "I want a new mom!" Part of this I realized later was the affliction I often suffer from. He was hangry. (That's anger caused by hunger for some of my older readers not familiar with the term.) Part of it was he is four years old and likes to test the boundaries. 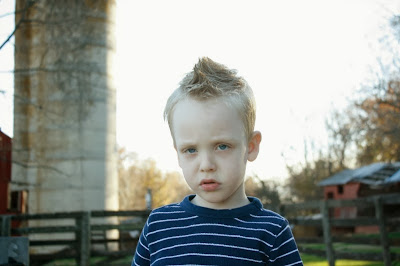 The preschooler came home and drew a picture of his mad face. (His idea - apparently he writes out his emotions just like his mama), All was worked through and forgiven during lunch. (So he's still pretty sweet, too.) 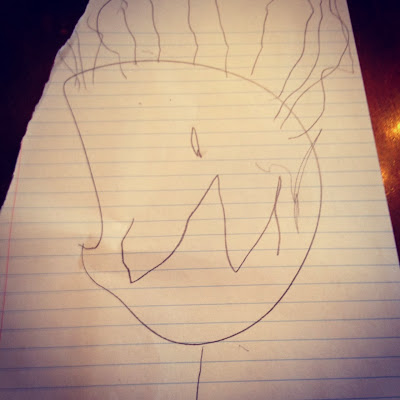