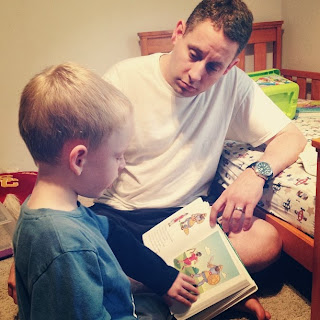 Not to be outdone, here is Bugaboo "reading" from the Bible. Or as he calls it "The B-L-B-L-B."

And here is just a cute pumpkin picture. It has nothing to do with this post. I just like it. 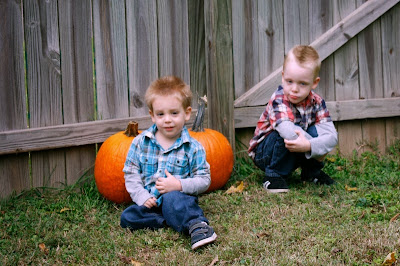