One of my top five strengths is input. This basically means I collect things. In my case they aren't tangible things, they are quotes, pictures, ideas, and memories.  It is one of the reasons why I feel the need to post on Facebook so much of what my kids are doing. I need to collect every memory. I fear I do not collect enough of it. So tonight, here are just four simple stories and four Instagram pictures of my kids this week.


I.
Somewhere along the way I started using the phrase, "Sad day," with the boys' disappointments. I'm not really sure when or why, but it is now common to hear both Bubby and now Bugaboo say it in the right context.  For instance tonight we were leaving Awana, and I wouldn't let the boys stay to play on the playground. (This is because I am a mean mommy, and the playground was wet, and I was tired and I was by myself).  While walking away, Bug responds to my decision with, "Sad day!  Playground. Sad day!" It was almost enough for me to change my mind and let them play. Almost. 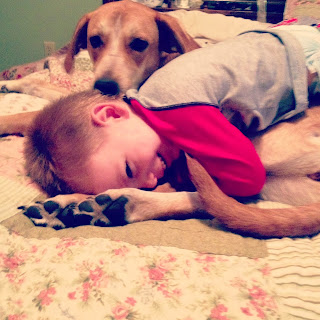 II.
We started going to BSF (Bible Study Fellowship) this year. I'm loving it, and they have a great preschool program that goes along with what I'm studying.  This year we are in Matthew, and so Bubby has been learning about some of the people in Matthew 1-3. Last week he kept talking about the evil Karen. I couldn't figure it out until he then said King Karen. Also known as King Herod.  This week the lesson was about John the Baptist. Usually after preschool or BSF Bubby needs a little time before he wants to tell me about his day. Today he waited until we were in the parking lot at Braums between appointments to yell out with much gusto, "Repent! Repent!" We live in the Bible belt, so no one even turned to look. 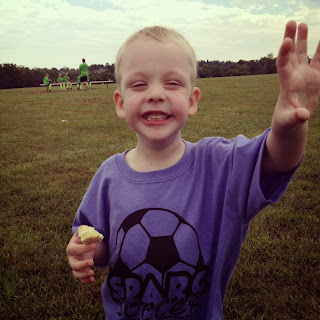 III.
Bugaboo loves names.  It is actually one of the things he fixates on, one of the quirks that adds to his mysterious ways.  He will go down a list he has somehow come up with and say certain names over and over again. This is often when he is upset by something, but it can be in other contexts, too.  He has moved out of the nursery at church for Sunday school and Puggles - so there are some new names he has learned.  At night during our family prayer Bugaboo always gives names instead of things when he prays. We say "Thank you for____" and he fills in a name. We repeat until he says amen or he gets repetitive or he has given 20 names whichever comes first. The hard part is he has added new names to his memory, but his articulation makes it difficult for me to guess these new names.  His favorites continue to be Chow, Asha (Auntie Missa) and Sasha, but he always throws in some others. His newest favorites are his teachers. We hear a lot of "Sef (Seth) Juwie (Julie) Jeh-wy (Jerry) and Wah-wah (Laura)." IV.
I don't know at what age one can figure out love languages, but Bubby's might be physical touch. Even though Bubby is not as snuggly as his younger brother, he always wants to pat us, hang on us, hug us or kiss us.  This afternoon I was stretched out on the couch for a few minutes and Bubby was brushing his hair (why I don't know)  He then decided to brush my hair forward, and he was having a good time telling me how he was styling it.  At the end he declared, "You look like a critter." I am pretty sure he meant like Mercer Mayer's Little Critter, but no matter what, that isn't the look I am going for. 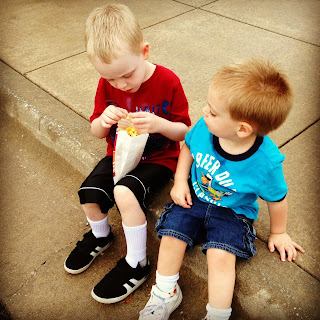 (In case you are wondering what my top five strengths are, they are: belief, empathy, input, responsibility, and strategic. At least that's what the survey said three years ago.)
Posted by Amanda MacB at 10:24 PM