a tribe of Mary Poppins on the 4th of July

Fourth of July weekend has caught up to my children, and they are both still napping which is actually like Christmas in July for this mama. 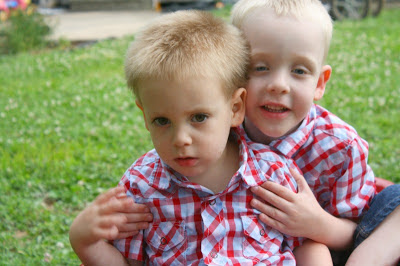 It is really feeling like summer now, and our low-key but fun weekend helped me remember why I like summer (even though my sister-in-law's announcement today about school supplies had me giddy about buying notebooks, watercolors, and markers.)  On the actual holiday, we went to a cute little parade midtown that made me feel like we live in a small town even though we don't.  It was small and featured old cars, ladies dressed up like Mary Poppins, and tall bicycles.  There were flags of course, and candy, which Bubby and his little friend that I baby-sit (Miss C) enjoyed collecting. The Hubs made a mad dash pre-parade for fru-fru coffee for me, and both of my children were fussy at the parade until they got a drink. 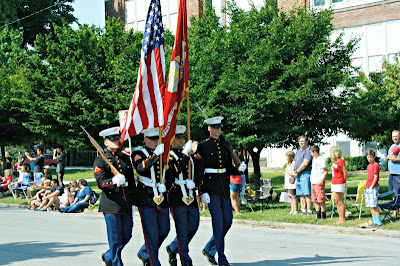 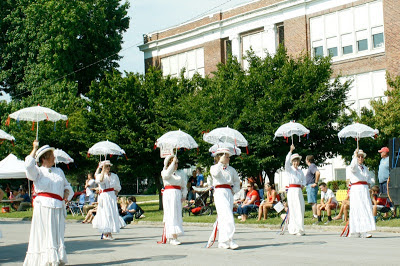 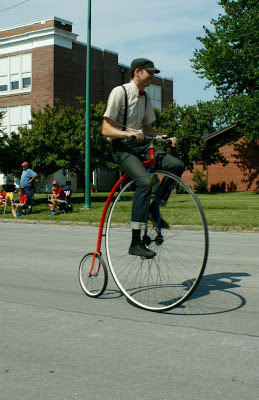 We've been grilling a lot this summer, and Bubby likes to "help."  On the 4th we had red meat, but yesterday, thanks to my healthier meal plan that I somewhat hate and somewhat appreciate, we had fish. Gag. But the kids liked it and so did The Hubs, so we'll grill it again and keep that stink out of my house. 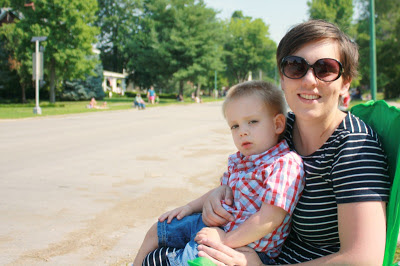 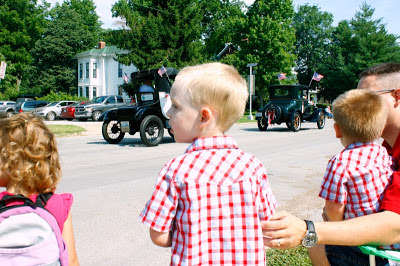 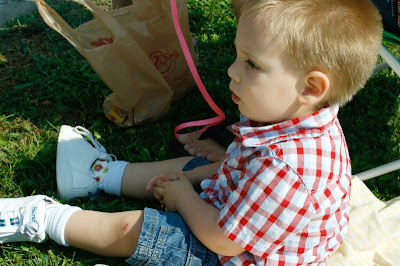 Bubby enjoyed getting to do sparklers this year, while Bugaboo watched and I became my usual paranoid self that I have always been around fireworks - only with more intensity now that I am a mother of boys.  The Hubs bought a couple of other harmless attractions, but unbeknownst to us, one was the type that shoots up in the air.  When that happened I may or may not have let out a word that I do not want my four-year-old repeating. I may have also called The Hubs by his full first name. 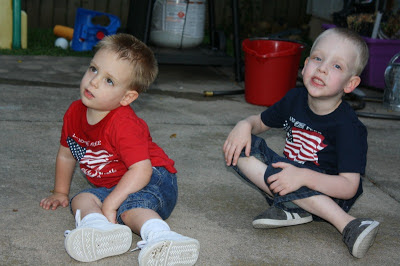 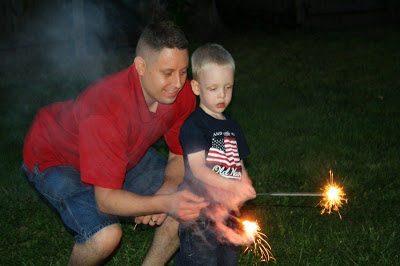 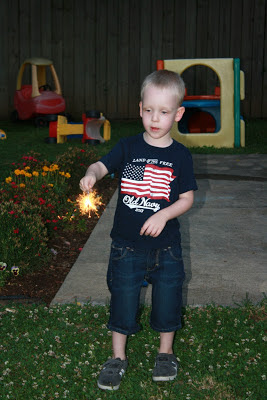 The kids are still sleeping right now, and I know I will regret this extended nap time when eight o'clock rolls around. But it's summer, so I'm trying not to stress out about it.