Almost every day, Bubby asks, "What are we going to do today?" This has become a constant thing this summer, and unfortunately we don't always have something fun and exciting to do. In fact most days our plans are play with Legos or trains, read books,do some sort of art, and play outside if it isn't raining (and isn't during the hours when my Cullen-esque son won't burn).  Bubby loves to go places, and I think he thrived on the busy-ness of last week with VBS and other appointments. He is not as much of a homebody as his parents. 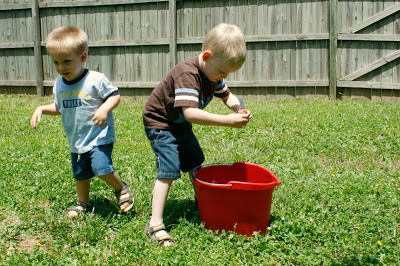 This morning I needed two things I couldn't get at Aldi, so I took the boys to the pricier grocery store - the one with the better driving carts. It made their day. Five minutes at PriceCutter to get enchilada sauce and pork chops (not to be used together), and I became Mommy of the Year. I think the sips of my iced caramel machiatto also helped seal the deal.

The Hubs only had one client in Branson this afternoon (his others cancelled), so he was essentially paying to work today with gas prices. I suggested he drop the boys and I off at the Landing (where I haven't been since before Bugaboo was born). Then it wasn't a total waste of gas. We got out of the house, and he had company for the ride to and from. While The Hubs worked, I pushed a double stroller rather awkwardly in and out of stores with doors that are not double stroller friendly.  The boys enjoyed watching the fountain that shot water and fire, and I enjoyed sitting on a bench sharing a pretzel with them. I also enjoyed being outside but not in nature on this beautiful day.

The highlight of the day though? That was this morning, in between some meltdowns Bugaboo had while I was folding clothes. Bubby was trying to get him to play, and finally little brother agreed. I overheard my four year old say to my two year old, "Bugaboo, you are my BEST friend." 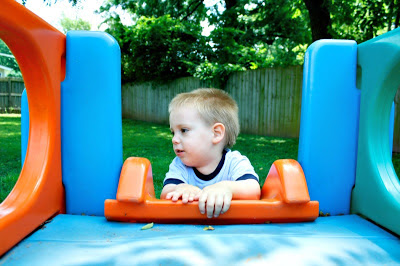 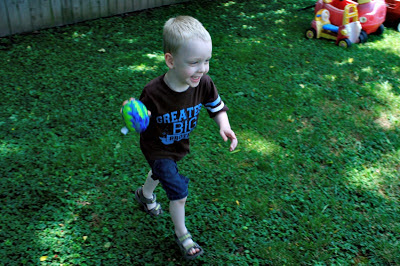