Summer is in full swing at our house. What I really mean is we have already done our traveling (to the exotic location of northwest Illinois), and we are now 40% through VBS week. After that our summer will consist of me trying to find free things to do with the boys. I will also be found whining about the heat and humidity of southwest Missouri (really just the humidity because that is what causes my misery). But before I succumb to the whininess that grabs hold in July and the itch to buy school supplies as soon as the displays appear at Walmart, I shall reflect upon our week back home.

I didn't really want to go. I did, but I didn't. Packing for a toddler and a preschooler is only one small step above packing for a baby and a toddler. Also, the idea of going home during summer break reminded me that I haven't been on a real vacation (that means traveling somewhere fun and not seeing family) in seven years (or five if you count our long weekend in Eureka Springs, which I sometimes don't). But I sucked it up, packed our suitcases, and asked The Hubs to load the mini.

I'm glad I did because it turned out to be the best trip home I think I have had. (And I've been driving from Missouri to Illinois since 1999.) Bugaboo tolerated the car ride better than he ever has - which meant we didn't have to endure seven hours each way of non-stop crying. (There was crying, but not as much.)

We spent a week doing a whole lot of nothing which was exactly what we needed. We ate food at some fabulous local places. I may or may not have gone to get the best ice cream ever three times in seven days. (I learned that double dip waffle cones are more expensive than a shake, but I needed more than one flavor at a time.) 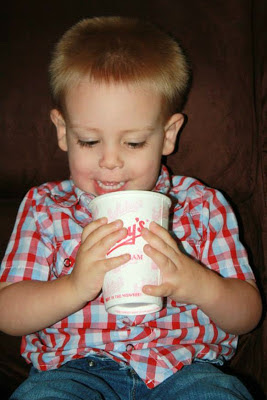 The boys not only got to hang with Uncle Chow, Auntie Missa and Babu (grandma), but they also spent some quality time with their great-grandma and great-great-grandma.  Bugaboo decided that Chow was to be his BFF, and he even stood at the door and cried on times when Chow was at work.  Fur-cousin Sasha decided Bugaboo was to be his BFF because a) he was the shortest and b)the drool he always wears is apparently delicious to dogs. (Bubby wanted Sasha to be his BFF, but him chasing her around with noisy toys did not help that relationship.) 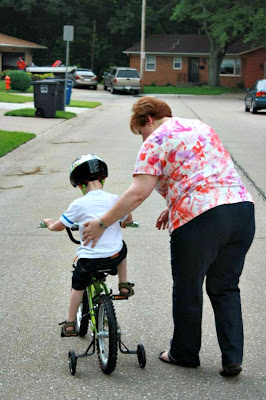 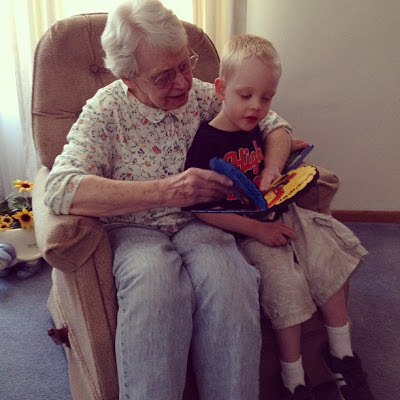 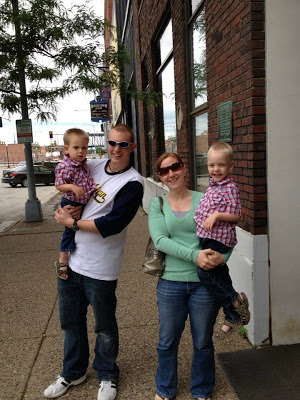 There were three things that stood out to me about this trip. For the first time in a long time, I did not cry at home. There are reasons for this, but I can sum it up in one word. Boundaries.

Another wonderful thing was a date night because we had three free baby-sitters around.  We lack free baby-sitters in Missouri, so eating in a restaurant without having to order someone something off of kids meal is quite the luxury. 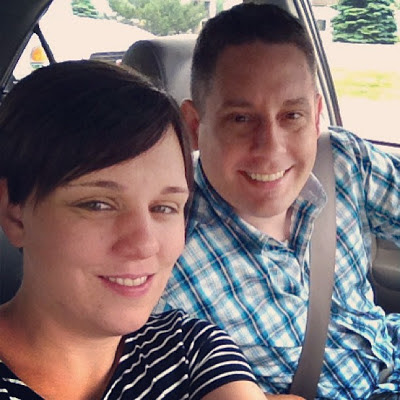 On the last day we were at home we finally let Bubby ride his bike around the cul-de-sac. This is where my brother and I spent so many days riding around with all of our neighborhood friends. It was a great place to grow up, and I felt quite nostalgic watching him learn to pedal there. Maybe next summer I can teach him to play kickball down at the Nelson's end of the street. Do kids even play outside any more?
Posted by Amanda MacB at 11:12 PM