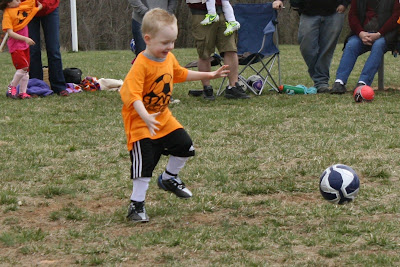 Bubby had his first soccer game (match?) this weekend.  It was adorable.  His team's first practice was cancelled this week due to weather, so shortly before the game (match?) the coach went over drills.  Let me just say that my son's shining moment was when they were stretching and counting to ten he kept counting "...eleven...twelve..."  We are counting on the academic scholarship, friends.

During the game my firstborn did some spinning, some gazing at the wrong side of the field, some pretend air-sword fighting with the coach's son, and had the chance to throw the ball in. There was a small bit of running after the ball.  I know nothing of the sport except that you kick the ball into nets, and you can't touch the ball with your hands.  I was glad to see that Bubby, unlike one of his teammates, at least understood the "don't pick it up" rule.  The highlight of the morning though was watching him run with one hand on his head. Why was he running this way? 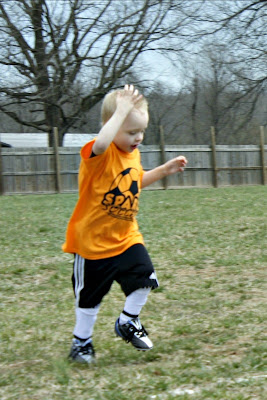 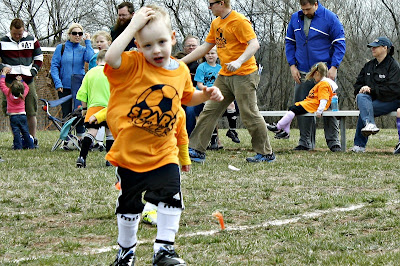 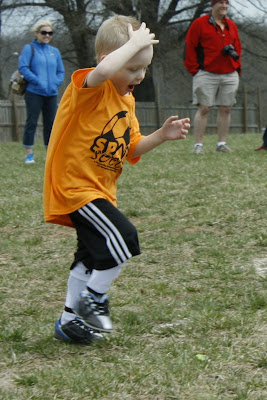 His mommy spiked his hair this morning, and it was the windiest day ever.  Therefore my sweet boy was very concerned how his hair looked.  All. Game. Long.