'round here (a week at our house)

After the sleepless Monday night, we found out Wednesday morning (yes, Wednesday not Tuesday) that Bugaboo had a punctured ear drum from an infection.  Once again, mother of the year.  In my defense, the child also seems to be eternally teething, so I thought that was why he was extremely cranky.
Later on Wednesday my mom arrived from the Land of Lincoln. (also the land that brought you Senator-turned-President Obama, but I prefer to stick with Land of Lincoln.) Babu (that's my mom-not her real name) was here for a few days, and she took us out to eat at some of our favorite places.  She also read lots of books, brought a collection of Disney DVDs, and watched me sleep.
That's right. I slept a large portion of my mom's visit. I was dealing with a sinus thing and catching up on the last few years of sleep that I missed.  Saturday morning I got out of bed to change Bug's diaper, did that, passed him off to The Hubs, and then fell back asleep on the couch for a couple of more hours.  I didn't even wake up when they brought me a coffee! Sleep is my love language. Thanks Mom (and Hubs) for letting me get a few extra hours.
I apparently needed it because Sunday Bubby woke up with ear pain - so The Hubs took him to urgent care.  Last night Bubby was up from a little after two until 4:30 -and I didn't fall asleep until 5.  Add onto those numbers that I needed to be at preschool today to be a VIP in Bubby's class.  I read one of my favorite picture books to ten three/four year olds.  They were not quite as responsive as my former fourth graders were when I would read after lunch each day.  I miss read aloud time. Yes, I know I read (A LOT) out loud to my boys each day. But there is something wonderful about a character or story that captivates twenty-five (or thirty-three) ten year olds. I miss introducing children to great literature.
Anyway, I got over missing my classroom days when The Hubs and I took the boys swimming after preschool. (The Hubs is on Spring Break from his nursing classes so we get to see him in the mornings this week!) We decided to use our Christmas money on a family fitness center, and I think it will be a great benefit to Bugaboo. He LOVES the water. He would have stayed in all day, splashing, kicking, and smiling. Bubby was cautious and nervous, but by the end of the time he was enjoying it as much as a nervous three and a half year old can enjoy something.
And that, my friends, was a week at the MacB house. 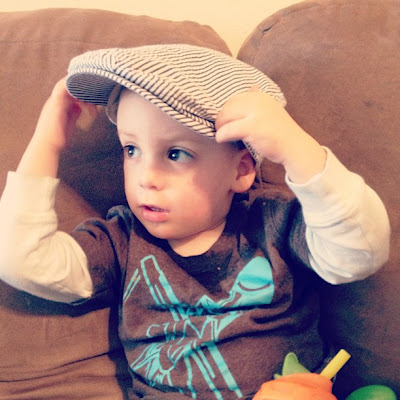