On Tuesday I said I was keeping the blinds shut as long as possible. I knew what would happen if I opened any of them.  Bubby would see the snow.

He loves the snow. We really don't get that much snow around here most of the time.  Last week Bubby was very disappointed when it was ice instead of real snow.

So at the end of breakfast I decided to not be a bah-hum-bug mom. I opened the blinds, which led to great joy and excitement for one third of the group. I put snow gear and boots over the boys' pajamas, and I threw on a heavy coat, and tennis shoes over my flannel penguin jammies. We headed outside.  Can you guess which child had to stand with me at the backdoor for half an hour while brother continued playing? 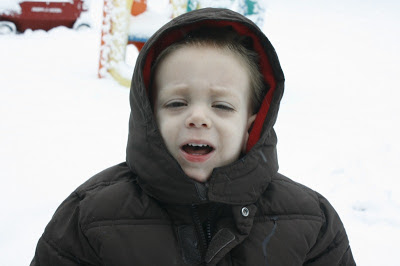 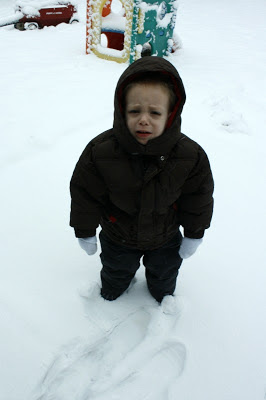 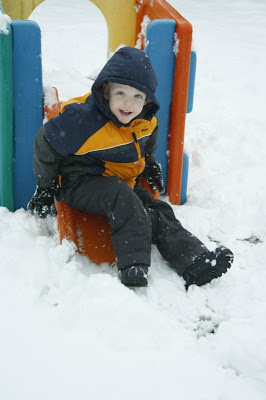 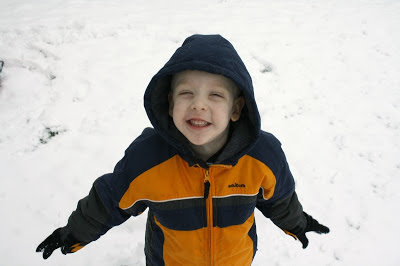 Maybe snow isn't quite so horrible afterall. I mean, look at that face?

(Oh, and don't worry. We have a privacy fence, so I could be outside in my jammies. Even if we didn't, I don't think anyone around here would have thought anything of it.)
Posted by Amanda MacB at 10:09 PM