since I don't know quite what to write

I have so much to say, yet nothing really to say. Therefore... a peek into our simple week here. 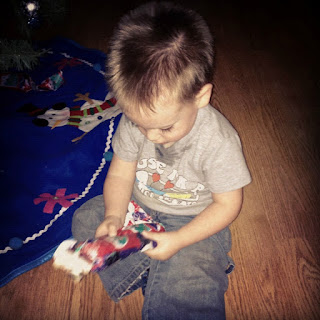 Bugaboo attempting (again) to get into a present Papa sent from California.
Have I mentioned that this sweet little boy is doing better and better getting from the floor to standing up all on his own?  We cheer big every time it happens. Then he smile or claps, and I get teary-eyed. I've been doing that a lot lately. 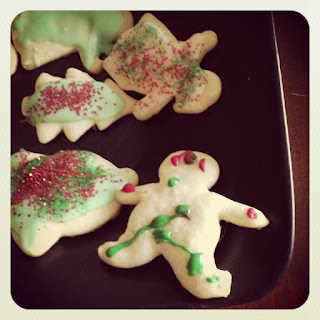 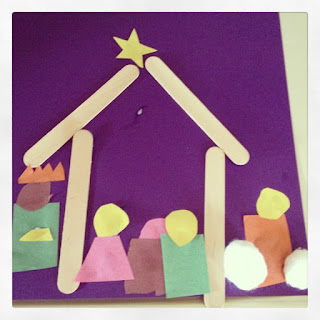 We got behind on Truth in the Tinsel - so I adapted and did this 3 year old friendly nativity. I'm realizing what type of mom I am this holiday season - one who likes some routine with flexibility and the ability to wing it quite a bit. 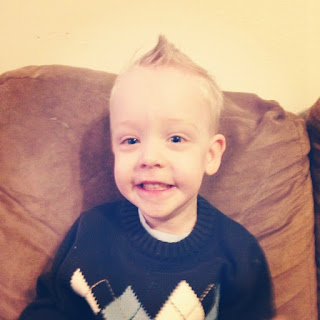 Bubby the morning of his preschool Christmas program/party. Lots of cute photos and video of that day that I won't put on the blog since it includes other people's kids.  I will say that I have the cutest kid in that class. 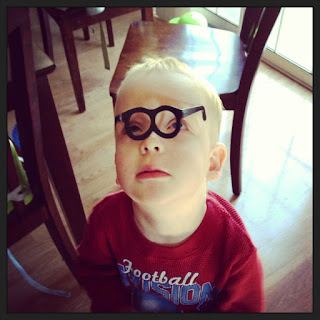 Mr. Potato head made his way from Auntie Lisa and Uncle Adam's house to us - and the glasses are always the best part.
Picture I chose not to feature here - the one of the moment yesterday when my 3 year old had climbed completely naked - into his brother's crib at naptime after he decided to pee near his own bed.  When I asked him later why he took his clothes off, his reply was, "I just like naked."
linking up for the first time with InstaFriday
﻿
﻿
Posted by Amanda MacB at 4:05 PM