in which I deal with my real fear of Santa

Once upon a time there was a little girl. 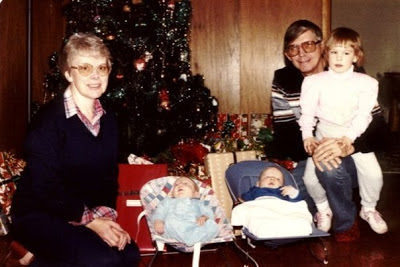 She probably believed in Santa for a small portion of her life. She doesn't remember it very much - just some Santa photos and maybe a letter. Of course there were the presents under the tree with his name on them. There was never a "come to Jesus" meeting about Santa - she just spied her parents wrapping presents one night, and that was the end of it. No big deal.

But this little girl grew up. And somewhere along the way she was lied to time and time again about much bigger things than Santa or the Easter Bunny. She vowed she would never lie to her children. Her kids would never wonder whether she was trustworthy or not. 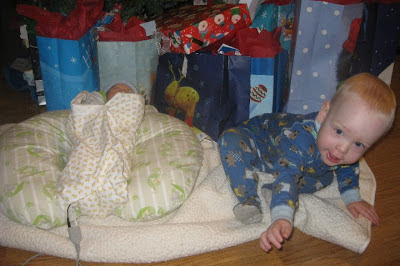 And then she had two little boys that she loved more than anything in the world.  Her promise to be a truth-teller, a protector of fragile hearts became even more important. She felt the weight that every decision she made could impact the two of them for eternity.  This was not quite what she had expected.

Somehow this December she was given a gift. A gift of freedom and of grace. A gift from her heavenly Father, assuring her that He trusted her with these precious boys, and a new insight. The Santa-issue was more about her own trust-issues than anything else.  He kept reminding her through the words of others, through Scripture and through His Spirit that what her kids saw each day in her life was the truth they could rely on. She could let them experience Santa in a way that fit their family and keep a balance. 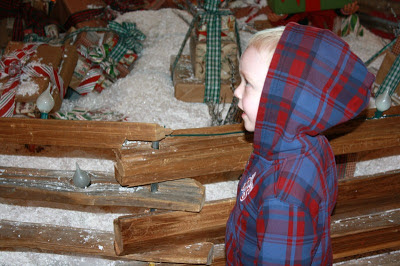 You are not going to screw them up by allowing this in their life.  Let go of your fear. Trust Me, and let your boys enjoy everything they can while they are still free from the worries and burdens of life. I gave them imaginations - let them use them. 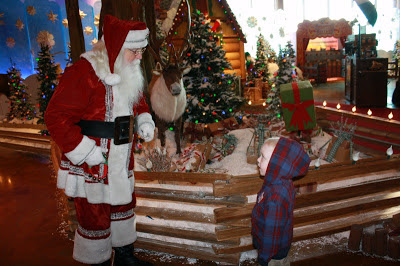 So she and her husband took those sweet boys to see Santa.  As luck would have it, Santa just happened to come right up to her three year old in line. It was a precious moment. And that little-girl-turned-mommy's heart felt everything good about Christmas. Then she stored it up as a treasure, in similar fashion as a mother must have done two thousand years ago. A little later in the day she simply whispered, Thank You, Jesus. Another weight lifted. 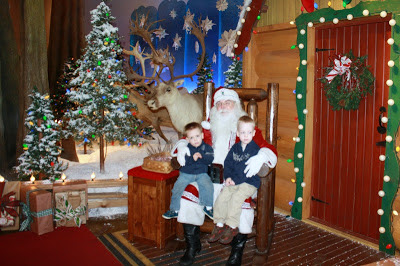 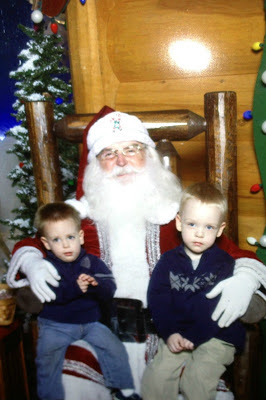