of hats and salsa and politics(but not really politics)

I was cranky until four o'clock today.  I stayed up too late last night watching people comment about the election because I have an addiction, I think. And then I decided to shower at midnight - which resulted in me sleeping with wet hair. Which resulted in a bad hair day and a ponytail is not an option for me at this time.  I wore a hat when I took Bugaboo to therapy.  I am not a hat girl. They do not like me. When I get to heaven if I am allowed to ask some frivolous questions I am going to ask God about the eyebrows He gave me and why couldn't He have made me a hat-girl? 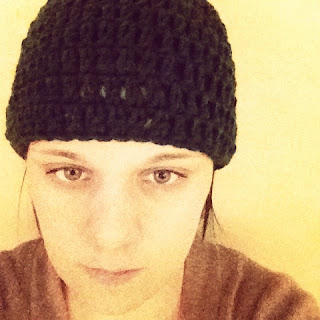 I bet y'all thought I was going to post some political opinions today, right? Well, I thought about it, but anything I want to say has already been said by other people.  Instead I remembered this morning about two of my Facebook friends who were always kind in discussing opposite opinions with me, as well as in the other things they put online. We are fiercely opinionated, and they never demanded that I stop voicing my opinion. Instead they each gave me much to think about - beyond politics, too. They don't expect me to change my mind, but the dialogues I've had with each of these ladies over the miles have made me want to be a gentler (though still very opinionated) libertarian with a dash of conservatism. I know I said it on Facebook, but again, thank you, KB and MWG.

Tonight I also saw someone reconsider something, and I was so proud. Not because he changed his mind - he didn't, and that wasn't what I wanted. What I saw was empathy and the lack of hypocrisy - both very good things, the things that every human being struggles with in some way, if she is honest enough to admit it.  His action made me want to be better person.

And then this evening I sat at a table with a friend eating chips and salsa and chocolate chip cookies.  We didn't discuss politics much - though we knew we cancelled each other's votes yesterday. Instead we chatted about other things in life - work, the terrible 3's and 4's, small group.  I have known her for several years, but only in the last year or so have I gotten to become her friend. She is hospitable and funny, opinionated and giving. We are very different in a lot of ways, but we are very similar, too. I want to make the effort to get to know people, even people who seem different from me, better.

I'm not simplistic enough to say, "Let's just pray for the next four years." (I believe in the power of prayer - but there is a lot of work to be done, too.) I know there are people of all political persuasions that I would have a hard time sharing a meal with because they rub me the wrong way - just keepin' it real. I will still fight the good fight for what I believe is important. But maybe, just maybe, if we could just share more of our stories with each other, along with a chocolate chip cookie or two, we could find a way to come together and fix this country for the good of our children and the generations to follow.