of whirlwinds and waiting (day 22)

We met online in June 2004. He was in stationed in England with the U.S. Air Force, and I was teaching in Yuma, Arizona.  His profile said he lived in California (which is where he was from), so I tell people our relationship started on a lie. It's the only "lie" he has ever told me.

Each day that June I would wait for an email. We would respond to questions, ask more, and share our stories.  Soon we were collecting inside jokes and telling about the ups and downs of our journeys. The anticipation of waiting for those emails added to the uniqueness of our relationship. I later learned that what took me twenty minutes to write to him took him an hour or two to write back to me. I've always been a word person, a writer, so it never dawned on me that I was consuming so much of his time. Somehow this still makes me smile just thinking about it.

Our relationship was a whirlwind. Within a few weeks our emails turned to phone calls. Long phone calls back in the day before Skype meant a lot of money on phone cards. We lost sleep due to the work schedule he had as a firefighter and the eight hour time difference. It didn't take long at all before the "love" word was used. When you know, you know. The wait until I could see him in person seemed long at the time, but in actuality it was just a few months. 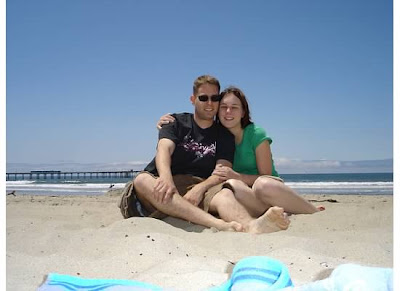 It was the middle of parent-teacher conference week the day of his arrival. His flight was delayed, and the drive to Phoenix seemed to take forever.  I will never forget how I felt standing in Sky Harbor Airport, trying to see around the security area, trying to see the love of my life at the first moment possible. There is much in real life, especially in the romantic sense, that is nothing like the movies. That first kiss I had been waiting for all those month was the exception. It was perfect.

A few days later he proposed, and a couple of weeks later he went back to England to finish up his Air Force commitment.  We were supposed to get married in July, but when he arrived back in California in January, we knew we didn't want to do any more of the long-distance thing. I suggested that instead of waiting six more months to get married that we go ahead and elope. So we did. (Don't try this at home, kids!) 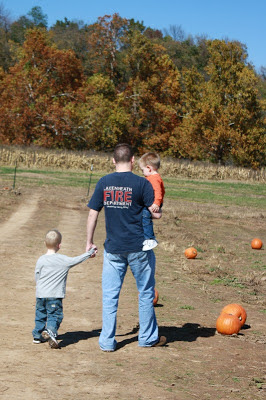 I don't think we had a clue how much waiting was in store for us in the days ahead. Actually, I know we didn't. We had a plan. But over these eight years since our engagement, the details of our plans have changed. It gets exhausting and depressing sometimes, but this weekend was good. It was filled with playing with the kids, and studying and housework, and conversations with our heads on the pillow. Our waiting hasn't ceased, but I was reminded that there is no one else with whom I'd rather be waiting.