I am WOMAN, and I vote

Tonight I saw a bumper sticker, I am WOMAN, and I VOTE.

Congratulations, woman. I am woman, too, and I vote. In every election - local or national. And I'm assuming by the candidate your other bumper sticker was endorsing that my vote cancels out your vote.

Are you implying that if I don't vote for your party or their ideals that I am less than a woman?  That seems like name-calling, attacking another woman. That  doesn't seem like a very liberated thing to do.  For someone who claims to be pro-choice, you don't seem to like my choices of protecting life, liberty and the pursuit of happiness.

See I'm a miscarriage survivor.  I have known no other heartache like that loss, and honey, I've had some pretty big heartache in my life.  I know that baby, even at just nine weeks gestation, had a life and a soul. And no man or woman can convince me otherwise.

You know what else?  My firstborn was born 10 1/2 weeks early.  Under the people you vote for, I could have killed him if he hadn't decided to arrive ahead of schedule.  He was just over three pounds and was 16 1/2 inches long.  He was skin and bones - looked like an alien-ish old man.  He is three years old now, and he is a funny, smart, beautiful little boy. And you want me to believe that he wasn't a human with some rights at that point had he stayed in my uterus just a little longer? 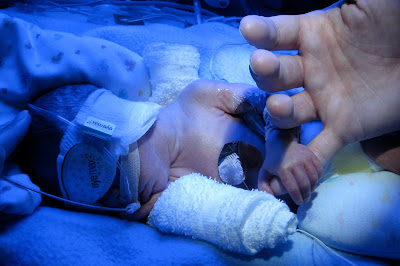 But here's the thing, woman.

My hoo-ha doesn't determine how I vote or who I vote for. My brain and my conscience do.

I vote for religious freedom for all, not just select groups.

I vote for the government to get out of the way as much as possible so that small businesses and big businesses can create jobs for people.

I vote for things that will allow private organizations and charities to do the work they were intended to do, rather than burdening the tax payer with it all.

Believe it or not, I vote for things that will allow people to do pretty much what they want to do as long as they aren't hurting others (that's my libertarian side).

I vote for government accountability and term limits and balanced budgets and stopping spending because I want a great country for my boys to inherit.

I vote for people who want to keep me safe rather than play the popularity game on late night tv.

You see, fellow female, I am WOMAN, and I VOTE, TOO!