The boys were each snoring in their little boy ways. At ten-thirty, The Hubs and I stood in their doorway, watched and listened.

"Can we keep them little like this?" I whisper.
"You know it's going to go by so fast, we will wake up one day and they'll be teenagers." he replies.
"I just want them to stay little. They are so precious."

Monday morning, however, had me wishing they were old enough to at least make their own instant oatmeal and eat it without making as big of a mess as they currently do.


There's often a tug-of-war on my heart.  One side wants to not to have the constant obligations that a mommy of a not-quite-three-year-old and a one-year-old-who-doesn't-crawl-yet has.  The other side knows these little boys will all too soon outgrow their footie pajamas and their desire to snuggle their mommy at the end of the day. With an exhausted, and sometimes exasperated, sigh, it's this sensitive side of the rope that usually wins. 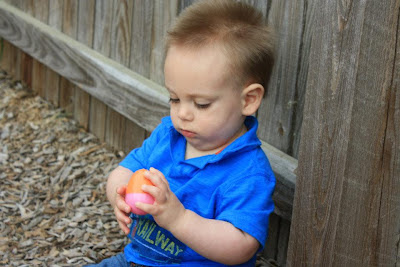 Another end of a day, and they're sleeping again.  Bugaboo's tossing and turning has ceased, and Bubby's Darth Vader breathing has started. Today was filled with Wal-mart runs and peanut butter, with dirt flying around the flower bed and giggles in the bathtub. Today had me taking the dandelion out of the baby's tight grip on its way to his mouth, and it had me discussing with my toddler why we do not kiss caterpillars. 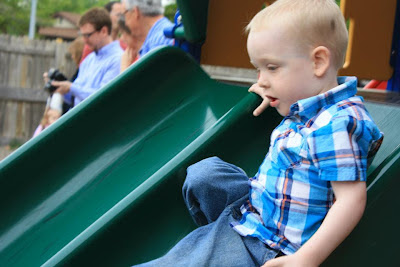 At the end of the day I know I really am not in that big of a hurry to have them making their own oatmeal.